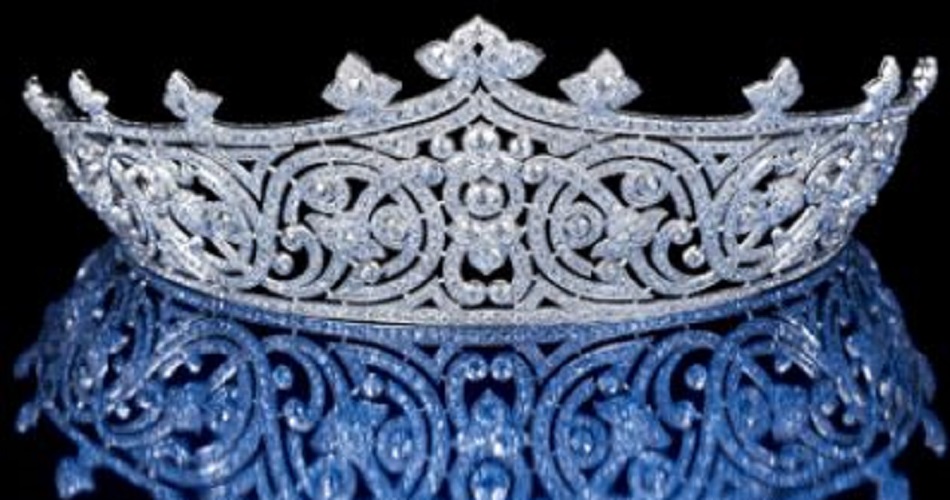 1910, France. The tiara of Countess Edwina Mountbatten was made from diamonds and set in solid platinum. Scroll and trefoil motifs surround the intricate design.