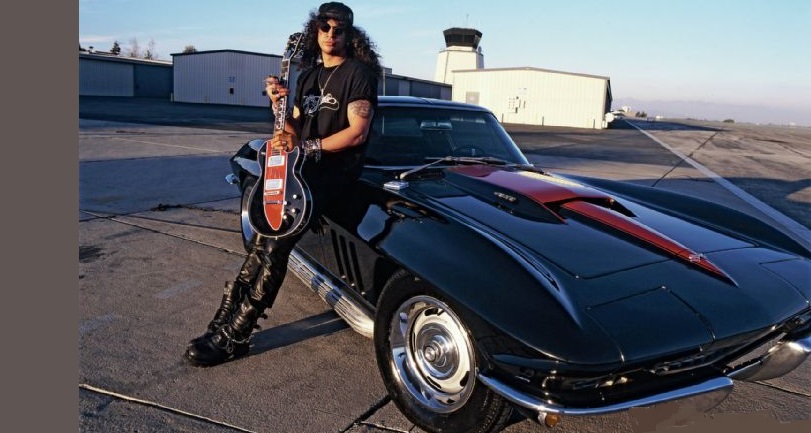 Slash was born Saul Hudson in London, England, in 1965. He grew up in Los Angeles and learned to play guitar as a teenager. In 1985 he joined Guns N’ Roses and earned international acclaim for riffs on songs like “Sweet Child o’ Mine.” After leaving GNR in 1996, Slash did session work and formed other bands, such as Velvet Revolver. Slash suffered heart failure in 2001 and reformed his life, documenting it all in his 2007 autobiography. In March 2016 it was announced that Guns N’ Roses would reunite for a North American tour.